He makes people disappear and she needs to vanish.

When Sean introduces himself as her son’s new school teacher, April is both surprised and suspicious. This guarded forensic scientist has a good reason to keep her life private, and unbeknownst to her, Sean is there to find it.

Sean didn’t expect his target to be a beautiful woman, and despite all his efforts, he can’t keep his mind and hands off April. Playing the role of a school teacher may not be as thrilling as chasing criminals, but it’s definitely satisfying, especially when the payout for this job will set him and his daughter, for life.

As feelings intensify and tension grows between Sean and April, so do the risks. With her past catching up to her present, April has no choice but to turn to the one man who can ruin her life.

When circumstances force the couple to flee, they have no choice but to trust each other. Disguising truth with perfectly crafted lies, Sean is finally faced with the implausible decision to eliminate the one person who stands between his job and fifty-million dollars.

And her name is April.

Get sucked into a story filled with twists, turns and surprises and follow April and Sean’s thrilling adventure packed with suspense, heat and romance, in Perfectly Seduced.

Note: Intended for mature audience only. Perfectly Seduced can be read as a stand alone novel however the author recommends reading its prequel, Perfectly Equipped.

Endorsements
"The storyline was fast paced and smooth. It kept me intrigued from the first page all the way to the end. I adored the characters. The interaction between both the main characters and the secondary characters was wonderful and at times comical. The main character interaction was hot. I can't wait for Millie's book next! I really want to know what the heck happened between her and Dave!"
– KBirnley, Amazon Reviewer
Other Books in "Perfectly Series" 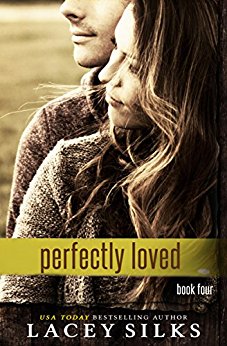 Perfectly Series
Look Inside
Disclosure of Material Connection: Some of the links in the page above are "affiliate links." This means if you click on the link and purchase the item, I will receive an affiliate commission. I am disclosing this in accordance with the Federal Trade Commission's 16 CFR, Part 255: "Guides Concerning the Use of Endorsements and Testimonials in Advertising."