Book 4 in the Cheaters Series 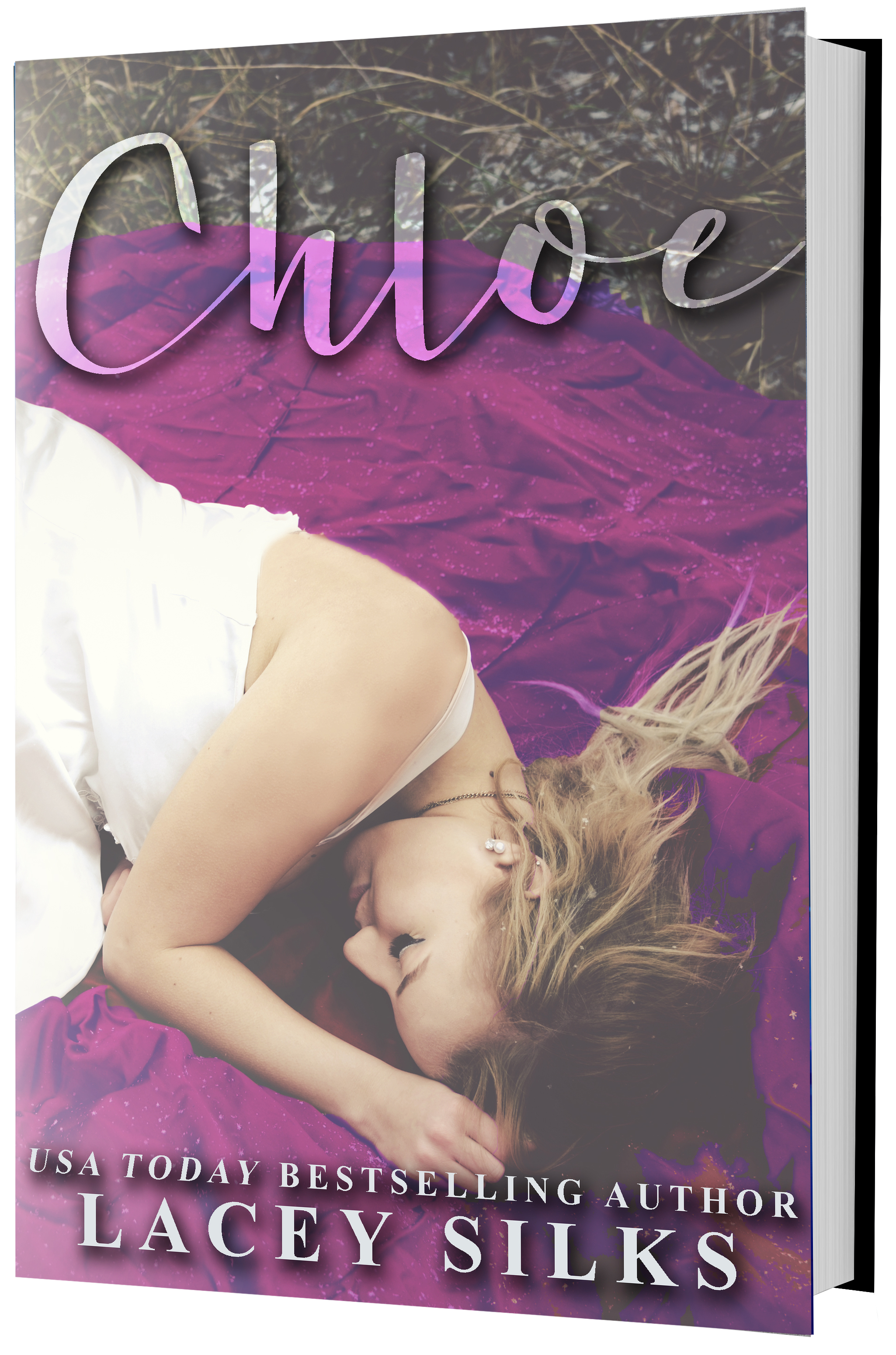 Healing comes in all shapes and sizes.

Mine came in the form of Axel Wagner.

I met Axel Wagner at my darkest hour when life had no meaning and death was a better option than motherhood.

He saved my life and gave me a job. I grasped at the offered new beginning with everything I had and then ruined it all when I let him touch me.

But Axel showed me compassion and taught me to love.

He gave me hope when there was none and became much more than just an employer.

He became my everything.

Read about Chloe and Axel’s heartbreaking love story of perseverance, love and hope in the last Cheaters Series novel, Chloe.

Note: Chloe is Book 5 in the Cheaters Series, however it can be read as a standalone novel. Contains spoilers to Book 4, Broken Cheaters.

★★★★★ “This is a tender and heartbreaking book for many reasons. Knowing what happened to Chloe going into the book made it even harder, but knowing how much she was loved and adored made it easier. This is a book you really must read!” ~ Stacy H.,  Reviewer

Books in the Cheaters Series 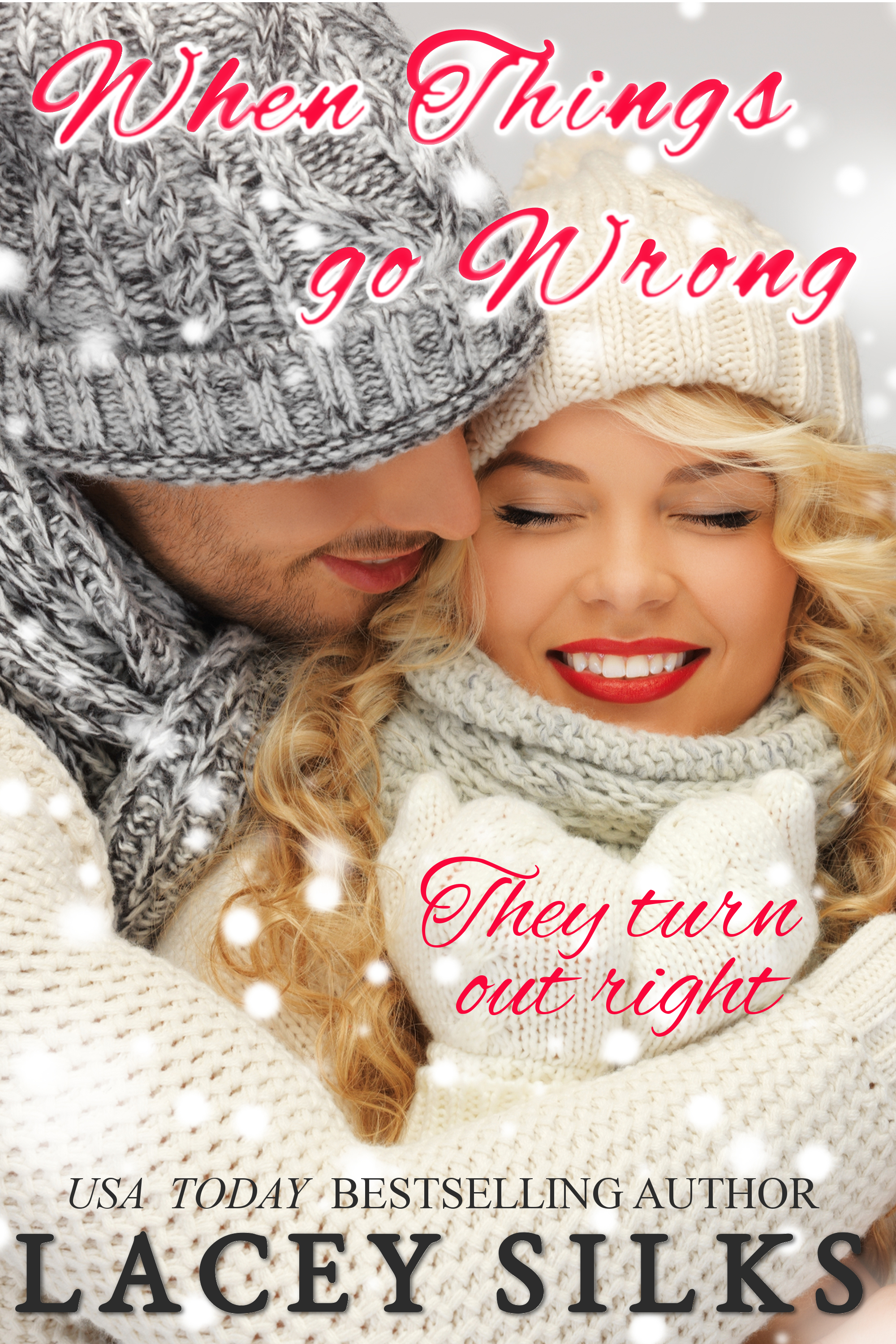 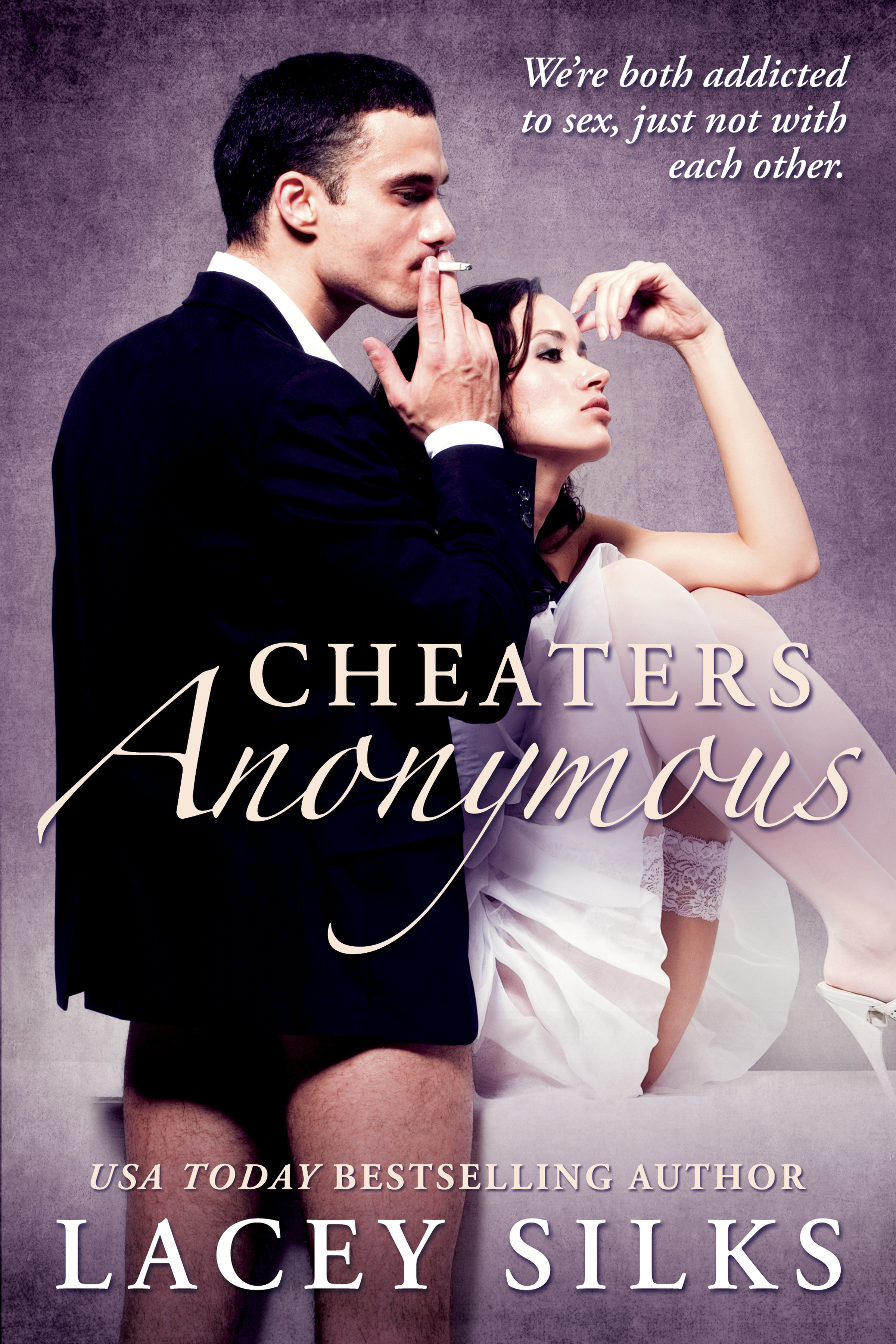 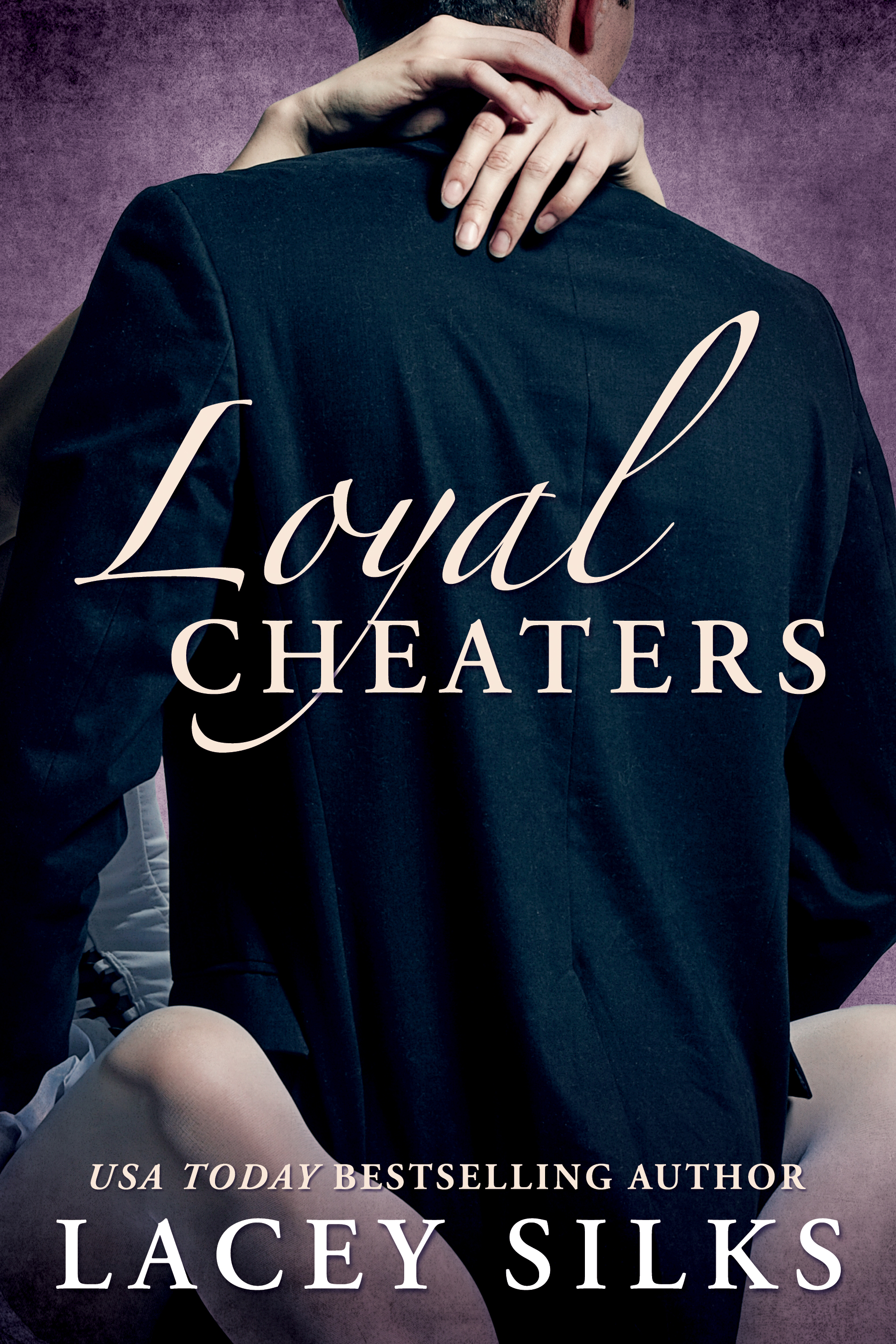 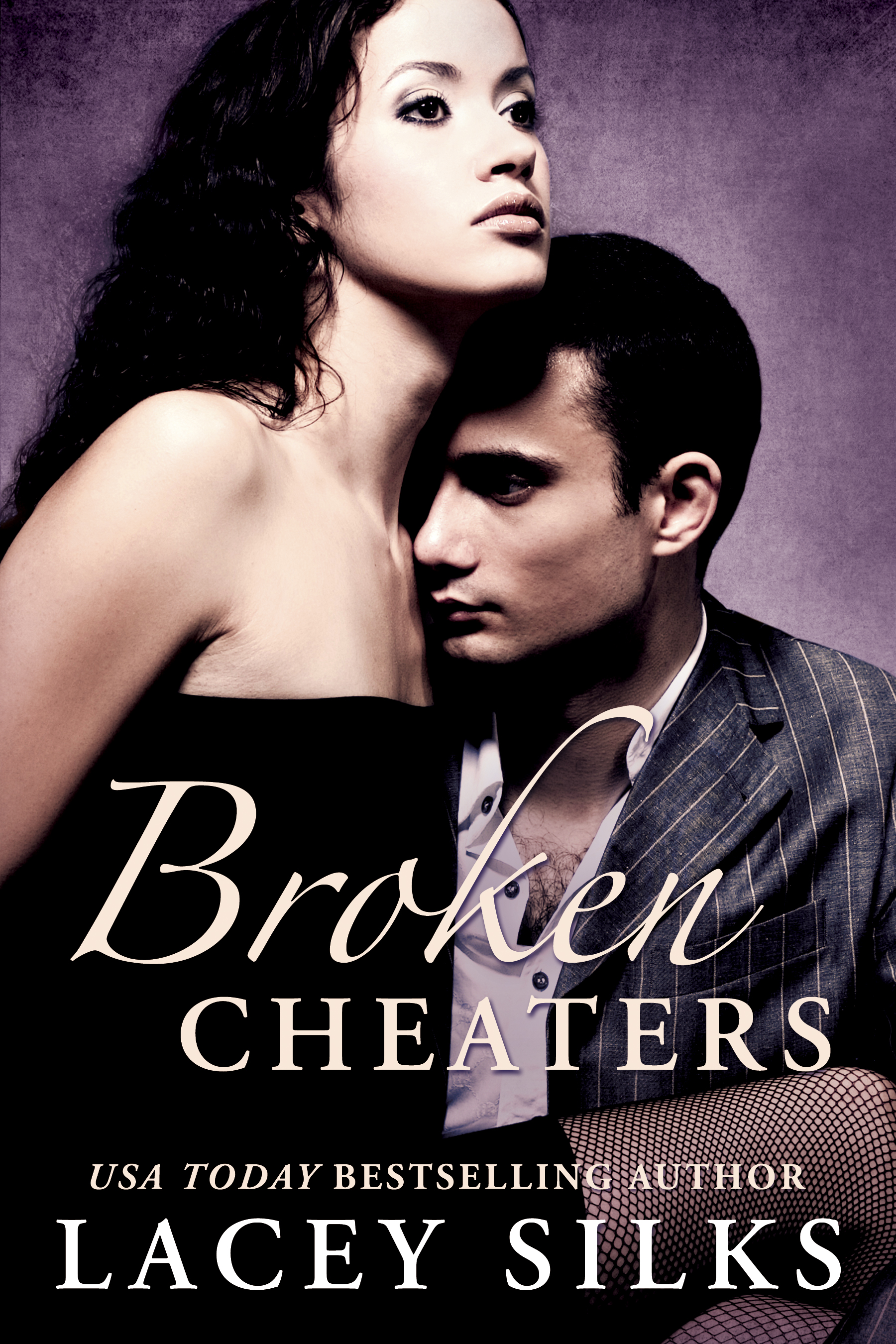 The twentieth floor of the high-rise didn’t appear as daunting when you looked at it from the ground up. Standing on the three-inch ledge of a balcony railing, however, softened my knees and sent my heart racing on pure adrenaline. I stretched my arms out to the sides. If I leaned over any further, the wind would steal my balance. The illuminated in-ground pool below looked like a blue drop — a distant glowing galaxy in a dark universe. People were barely visible, along with the rows of cars driving through traffic lights like an army of working ants. Behind me, the sounds of a party in full swing pulsed through the floor-to-ceiling glass windows, the music pushing the breaking limits of the balcony door.

What was I doing at a posh party anyway? With nothing but holes in my jean pockets and a rugged sweater on my back, I’d put on a pair of old black pants and a white shirt, and snuck up here as one of the catering staff hoping to grab a bite and stay off the street for as long as they’d let me. But the beautiful view of Manhattan beyond the window drew me out here. An hour had passed, probably the longest hour of my life, before I found the nerve to step up on the small glass table, then onto the railing. I was so good at balancing – not metaphorically speaking, but physically – that for the first time in my life, I felt like my mother’s persistence to polish my and my sister’s ballet skills was worth it.

Maybe I should have joined the circus.

Note to anyone who gets slammed with surprising news: don’t make life-changing decisions, the way I was about to. Damn the four years of top-dollar education that had gained me a degree in interior design. Because a week after receiving that precious paper in my hand, I was made to feel like the most useless piece of shit in the world. And the culprit of it all was none other than my boyfriend. Ex-boyfriend, at this moment. I brought my hand down to my lower belly, rubbing it gently. A lump formed in my throat, and I shut my eyes.

I shouldn’t be up here.

When I opened them, I lost my balance for a moment, but regained my composure and focused on the lit-up building ahead that illuminated the night skyline. Somewhere out there, beyond the cityscape, the hills and valleys, was my beautiful family, probably still worried because I’d left them behind without saying a word. But there was no way I’d bring shame to their names. Jack might have been my last boyfriend, but it definitely didn’t mean that he was the father. It was because of him that I didn’t even know who the father was. My attackers’ voices haunted me when I slept, and their words swirled in my head during the day when I was awake. I was afraid I’d hear them for the rest of my life. Every night since I’d left home, the memory of their gruesome comments sent me into crying mode. “Come on, bitch, you know you want it”; “Spread your legs wider for me”; “Flip her over on the table.” They’d passed me around like a rag doll for hours. Screaming didn’t help, and I stopped punching after one of them slapped me so hard that I passed out. When I came to, I wasn’t sure how many and which ones already had their way with me; and there were many more to come.

The contents of my purse scattered on the floor: my phone, my make-up, a couple of condoms. Before the party, I was sure Jack was planning on taking me back to his house to celebrate. Except he didn’t. He decided to lock lips with someone else. So I did the only thing a girl could do, and played tonsil hockey with his best friend, making sure that Jack saw us. He asked my sister to find me and bring me downstairs. When she left us, I expected an apology from him. Instead, I got a whole new appreciation for the word ‘asshole.’

I sighed, taking in a deep breath. I didn’t want to think about this any longer. I didn’t want to waste another second of my dwindling life on those bastards. That life was behind me now. “You will never touch me again,” I whispered. The pain would be over in about five seconds. My agony would end. The torture would be no more.

Chloe is available at: