Perfection gets a new meaning with the pull of the trigger.

This sensual series brings suspense and drama, keeping you on the edge of your seat and guessing. And just when you thought you had it figured out, BAM!

★★★★★ "This is a great series. I love how all the books tie in together, but can be read as standalone novels. The attraction and desire between Sean & April is smoking hot, as are the sex scenes. The give and take long-term, off-and-on again relationship between Millie & Dave is hopeful and heartbreaking at the same time. Mrs. Bowers, a neighbor at their cabin home, is one of my favorite characters in this series! This series has a HEA with no cliffhanger. I highly recommend this series! :)" ~QueenBeeQT, Reviewer

★★★★★ "I don’t even know where to begin to describe this series. Every time I read books by this author I think this is the best yet I have not found not the best yet! This series involves so much emotion that I found myself yelling at my Kindle a number of times. I don’t know where this author comes up with the plots for her books but her talent is rare. Her stories and characters are so well developed you want to know them. There is not enough I can say but I highly recommend this series and will be sure my friends read it." ~Macbandit, Reviewer

From surprise first encounters on a nudist beach to daring rescue missions in the middle of the woods, the Perfectly Series follows two best friends as they struggle to find peace and love when their lives are flipped upside down.

This special boxed collection includes four novels, each with a story filled with family secrets not for the faint of heart. The alpha-male heroes have an unbreakable bond with the women they fall for and protect. The strong heroines and complicated plots twists will satisfy all who crave suspense.

Unveil April's dark secrets that could not only cost her life, but also her son's.

Discover the truth behind Millie's broken family and cheer for her on as she finally allows Dave to bring down her walls.

Indulge in these sizzling romances as your favourite heroines and swoon-worthy heroes re-discover the meaning of true love.

“Get ready for a book full of love, action, drama and suspense that will leave you glued to the pages.” ★★★★★ from Stacy H.

“This is an exciting and gut wrenching journey of love and redemption that surprised me more than once as the secrets unraveled.” ★★★★★ from Mary J.

“Lacy Silks never fails to knock the very breath from my lungs by her passionately exquisite stories! ” ★★★★★ from Shadowplay

The complete Perfectly Series Box Set, is available at discount at the following retailers: 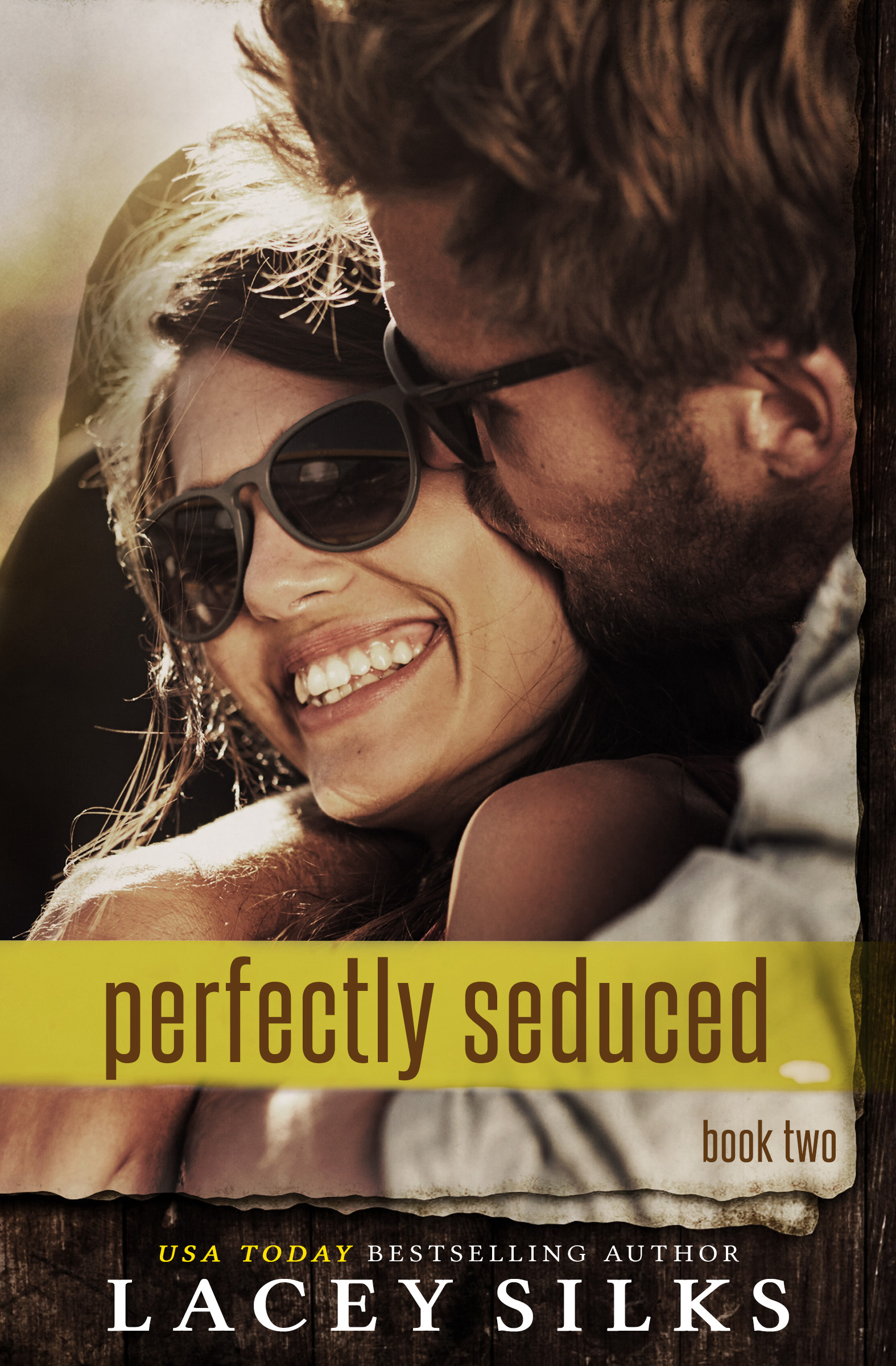 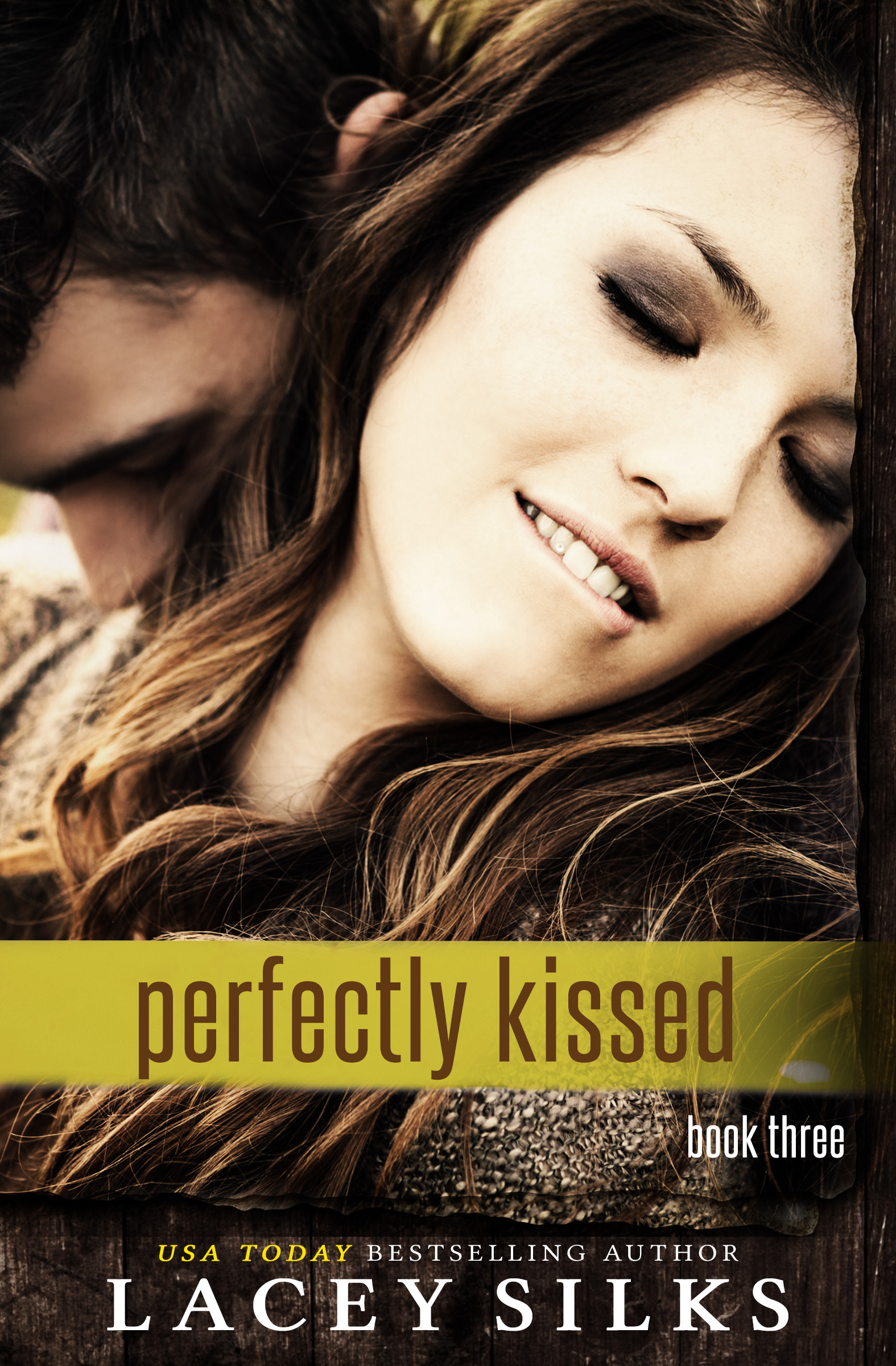 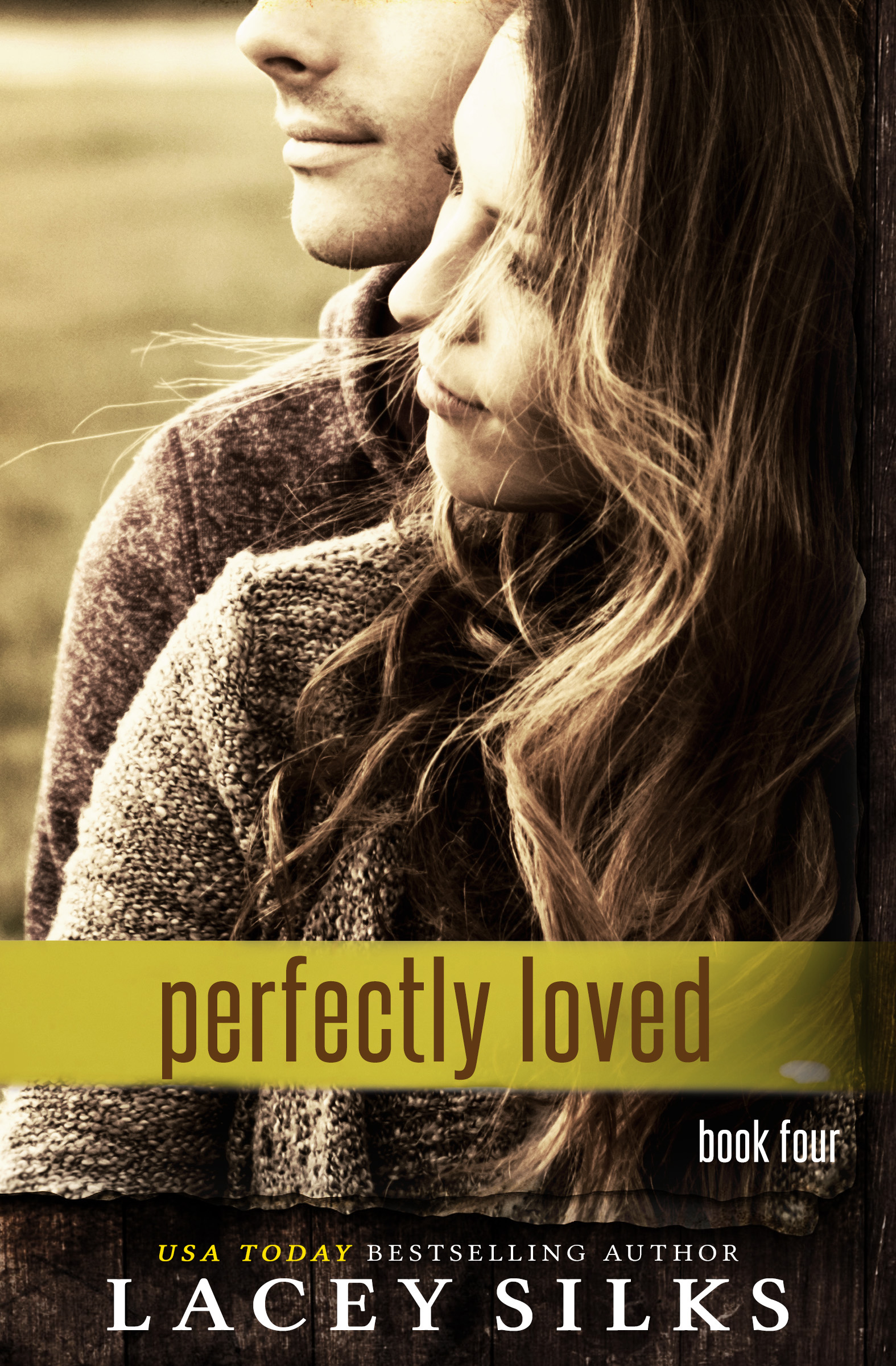 “Stop covering your crotch and boobs,” Millie whispered as loudly as she dared. “You’re going to draw attention.”

“You don’t think being naked draws enough?” I squeezed the sarcasm between my teeth without moving my lips. How in the world had I let my friend talk me into vacationing at a nudist resort?

That’s right! She had neglected to tell me what her great idea of “letting loose” entailed until I saw a middle-aged man’s ding-dong wiggle around as he passed us in the hallway. It was only day one and I was already regretting giving Millie the reins to organize our vacation.

We walked down the stairs of a steep hilltop toward the beach. Keeping my legs criss-crossed with each step, I lost my balance and almost tumbled all the way down to the bottom. Shaking the image of my rolling limbs away, I turned sideways and held onto the railing, letting my beach bag cover my private areas.

“April, you need to relax. You’ve wasted the entire summer locked up at work. You’re becoming more like your patients every day.”

“My patients are dead.”

“Exactly. I’m making it my mission to hook you up. I’m sure you’ll find someone here you like. This way, at least there are no hidden surprises.” She wiggled her brows as she air-quoted “hidden.”

Was she trying to remind me of the last guy I dated, whom we’d appropriately nicknamed Pinkie? And where had she gotten the crazy idea that I was looking for anyone? I had happily spent the summer with my son, Parker, lazing around the pool. He was starting grade one in a week and growing up too quickly. The next few years were probably the last ones I had before he ran off into the sunset with a girl.

“Besides, better to flaunt your stuff before it wrinkles and sags.”

“Wrinkles are a natural part of life. As for sags, well, I’ll just keep running in the mornings, and hopefully gravity will not be too cruel to me.”

She rolled her eyes. “Yes, I’m really looking forward to the creases in my face underneath an inch of makeup. It’s time to expand your horizons.”

“My horizons haven’t been expanded in a long time.” I chuckled.

“That’s my point! I really think it’s time to move on. It’s been two years, April.”

I paused at the bottom of the stairs, looking around for a spot with the least amount of nakedness. It might have been two years since Simon died, but to me it seemed like only yesterday that I was leaning over his body as the blood pooled underneath him, watching life fade from his eyes.

Millie pulled on my hand, lowering it off my breasts. “I swear, if you keep covering them, people will want to see what’s underneath. You need to become one with the environment.”

She pinched her three fingers and extended her arms, bending her elbows. She closed her eyes and inhaled deeply, as if Hawaii had the purest air in the world and she couldn’t get enough. Was she about to school me on the teachings of Zen she’d been reading? I loved my friend – she’d seen me through hell and back – but Millie’s latest obsession with what she referred to as becoming one with the environment was driving me nuts.

“I’m serious, April. If you ever want to meet a good man, you need to expunge all that negative energy in your body and surround yourself with happiness, nature, and sunshine.”

Was it bad that I preferred to have the places where the sun didn’t shine covered up?

“Give this place a try. Come on. You have the perkiest tits I’ve seen.”

“You’re looking at my breasts?”

Urgh, she was so frustrating! Even more so than my two brothers, who thankfully had no clue about the destination of my vacation – at least, that’s what Millie had said. The last thing I wanted was to run into anyone I knew here, or to ever see anyone from here again.

“Okay, where to?” I asked. It was only nine in the morning. The pool behind the beach seemed crowded, and by ‘crowded’ I meant it had a handful of people there. I had the urge to sink into a Jacuzzi and stay hidden under the bubbling water until night time, but when I thought about all those who sat there before me, naked and doing god knows what, and all the bacteria multiplying by the millions, I opted for the beach.

“But there’s no one at the beach yet.” Millie looked at me with her confused pouty face.

“Exactly.” I shifted my beach bag to the front to cover myself up.

“I bet you suck more often than I do.”

She smirked. “True. Because I don’t avoid men on purpose.”

I usually didn’t avoid people. Heck, in my job as a forensic pathologist and analyst, I was sometimes forced to work with people – dead people, mostly, but still, at least they had a sheet covering them and weren’t judgmental. On this nudist vacation, the more secluded I stayed, the better. And hopefully all of Millie’s efforts to get me to interact with the opposite sex while naked would fail.

“I’ll see you later, you prude.” She waved and headed for the pool.

I found the first available lounge chair, set my bag on top, creating something of a barrier between the resort and myself, and spread my towel over the sand. Hopefully none of it would get in any cracks it wasn’t supposed to.

I lay down on my front. Yes, my ass was still on display, but at least it was one of my nicer assets – pun intended. Ideally, most of the crowd would remain by the pool. I could already hear Millie’s cheerful laugh as she probably flirted with someone. Should I really have been surprised that she’d chosen this resort? My friend liked to live on the edge. Zero responsibilities, no commitments, and a truckload of fun.

Unable to remember the last time I’d let my guard down, I frowned. Unfortunately my life had no room for recklessness. I’ve avoided jail, and a potential life sentence, once and that was one time too many. Maybe getting away from the chaos back home was exactly what I needed. I turned my head to the side and admired the exclusive building on top of the cliff where we were staying. If there was anything nice about this resort, it was the scenery and this secluded cove. Given the steep cliffs at each side, no one could enter the private property unless they were a guest, which made me feel somewhat more comfortable.

Feeling the sun warm my body, I closed my eyes. I thought it was only for a moment and didn’t realize I’d dozed off until someone cleared their throat at my side. When I opened my eyes at the sound and slightly lifted my gaze to the crouching man by my head, my mind screamed, “No, no!” My denied body, of course, reacted in the opposite way: “Yes, yes!”

There it was, no more than a foot away, hanging between his parted legs – a cock the size of which I’d never seen before.

The complete Perfectly Series Box Set, is available at discount at the following retailers:

AMAZON
Barnes & Noble
KOBO
iBooks
Google Play
This site uses cookies to customize your experience and provide web-based marketing. If you continue to use this site, please know that it means you accept these terms. OkView our Privacy Policy Here