Twenty-four years ago Alex met the love of her life.

Sixteen years ago she was engaged to marry her soulmate.

But Fate had other plans and tore them apart.

In my darkest hour, when my fiancé was kidnapped, my current husband was the one who saved my life. He blessed me with two beautiful children and helped me grieve.

I didn’t think I could be happier. I didn’t know how much I missed Jackson until I found out that he was alive and my heart ripped open all over again.

Our moment has passed and I was no longer his. The love I still held for him, was suffocating me. I was torn between two lives and no matter what decision I made, somebody would get hurt. The man whom I’d never stopped loving, was back, and I could no longer give him the only thing he wanted: me.

Indulge in Alex and Jackson’s forbidden love story as your favourite hero breaks down all walls and guides their hearts to a true happy-ever-after.

Note: Only You is a second chance standalone romance intended for mature audience only. 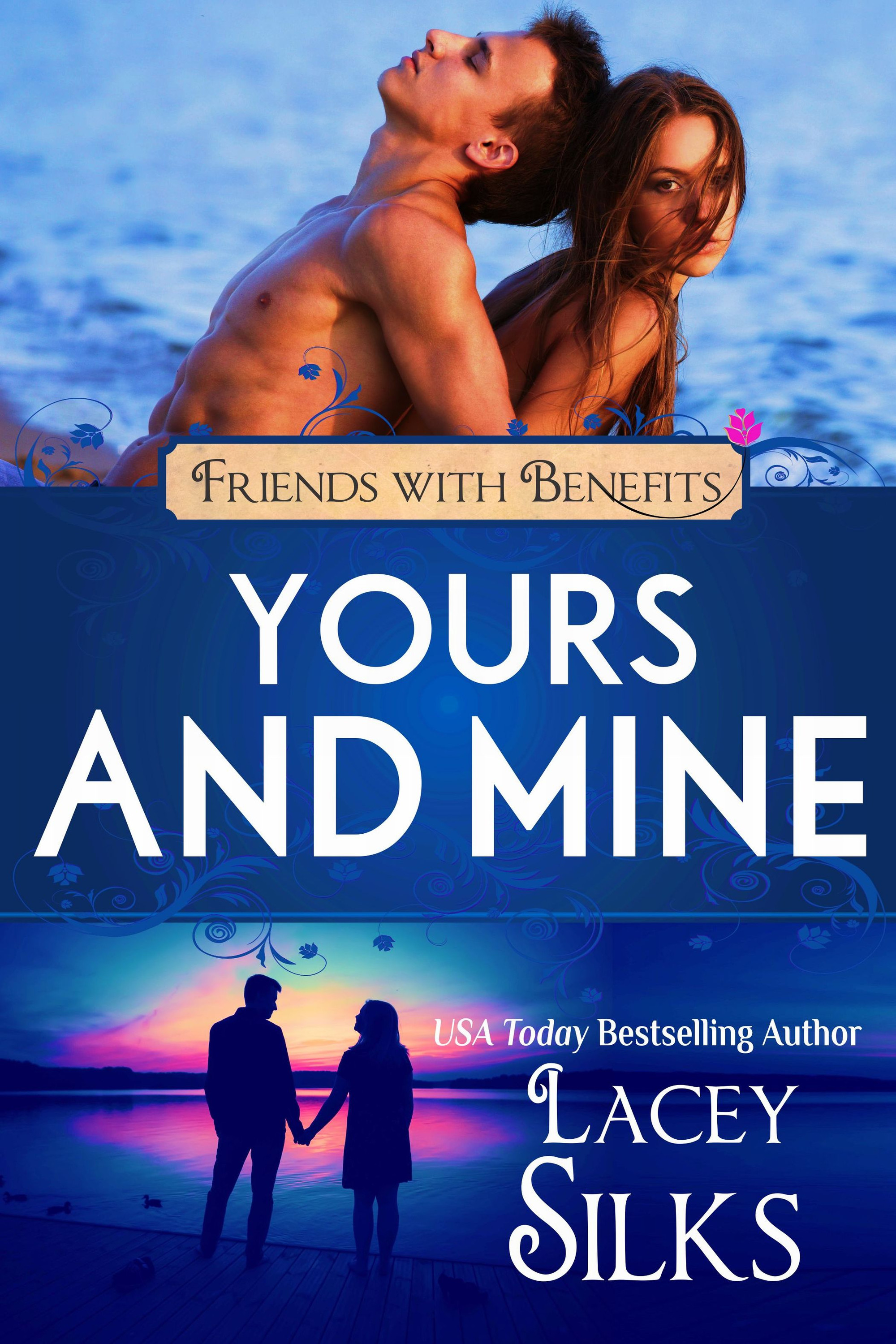 Only You sneak peek:

Life is long and hard. Like a healthy boner.

I looked down at the swollen bulge in my pants and shut my eyes in pain. On a normal day, this pesky problem would have been taken care of by my fiancée, but she wasn’t here this morning. She was getting ready to walk down the aisle to marry me. Tomorrow would be our new beginning.

I grinned like I’d never grinned before and adjusted my bow tie in the mirror. How did I get to be such a lucky bastard? Well, that’s a long story. Alex was not only my high school sweetheart but also my best friend. She was my first in every sense of the word, and today would seal my dream of making her my last. As I fastened the cuff of my sleeve, I noticed that my fingers were still stained with yellow paint.

After days of hard work, I’d finally finished my bride’s painting. I glanced at the field of yellow tulips, with Alex smiling even brighter than the spring flowers, right in the middle of them. It was the perfect wedding gift for the first day of spring. Yeah, today was an important day. We’d met on March 20th when my family moved to Seattle just before my first year of high school. I asked her out a year later, and the rest, as they say, is history. At least it would be today. It had been seven years to the day since our first day together, and once we were married, we’d have a lifetime of beautiful first days of spring to celebrate.

The thought of my gorgeous bride shot another surge of eager blood to my crotch, and I winced in pain. I checked my watch to see whether I had enough time to take care of the problem in my pants. After all, it would be a little embarrassing to walk down the aisle with a stiff one.

Rushing to the bathroom, I unfastened my zipper. My hand was around my steaming dick in a flash.

Oh, that feels so good.

It would take less than a minute to relieve the ache, but on my third stroke, my phone rang out my favorite eighties tune.

Only you, when I really got nothing to do…

This was one phone call I couldn’t reject. Especially not today. Hey, maybe she could help me finish quicker. Keeping my grip tight with one hand, I swept the green button on my screen to the right and put on the speaker.

“I dreamt about you last night. Well, about our wedding night, to be exact.”

Right now, even though it would be tonight, our wedding night sounded too far away. But the thought had definitely tightened my grip. Oh, that woman had no idea what I’d do to her once we were officially husband and wife.

“I can honestly say that I’ve been thinking about you as well.” I looked down at my waiting wood, adding a few extra strokes between my staggered breaths.

“Come on, Alex, we have to finish your lips,” I heard Louise, or Lou as we called her, call out. My fiancée’s best friend was also the maid of honor at today’s ceremony. The girls had known each other since grade school.

“She’s just making sure we’re on time. You know Lou. Listen, about my dream. It was bad. I mean, something bad happened. I don’t know what it was, but I woke up in the middle of the night covered in sweat.”

My mind flew to the image of her naked, her skin completely soaked and soaped up.

“Are you showered yet?” I asked, hoping she’d share some details of her morning bathroom routine. I pictured her stepping into the shower, wearing her birthday suit.

“Yes, of course I have. But I have this bad feeling in my stomach that won’t go away. That’s why I had to call you this morning.”

“Don’t worry, baby. Everything’s going to be okay.” I jerked my hand quicker and my balls tightened. “It’s okay to be nervous. If you’d like, I could help you relax.” At the idea of diving between her gorgeous soft legs, I breathed heavier and felt a zap at the base of my sack.

Oh, that felt even better.

Would that be a bad thing? Of course, because it meant that I broke a promise we both knew I couldn’t keep. We’d promised each other not to touch ourselves during the week before the wedding. It was the stupidest promise I’d ever made, but it made Alex happy, and so I’d agreed. Did you know that a week has one hundred and sixty-eight hours? That’s over ten thousand minutes. And the consequences - fuck the consequences. I needed to jizz like I never had before. My hand sped up as I prayed that the next few seconds would give me the kind of relief I sought.

I stopped at her threatening voice. Were a few seconds really going to make me late? Still, I couldn’t lie to her. I never would. Besides, she could probably hear me whacking myself.

I resumed my strokes.

“If you don’t, I’ll give you purple ones. You promised.”

My hand flew away from my cock. Hey, when had a man wanted purple balls? Never. Looking down at the standing mast between my legs, I was afraid that it would have to wait until at least I was done with the conversation. And yes, I’d be breaking a silly promise, but some promises weren’t fair and were only made to frustrate grown men. I loved Alex with my whole heart; but my cock, my orgasms. Though I’d never repeat that to Alex. I was afraid that she actually had enough skills to pull off purple balls.

“I’m done. Actually, I’m not done, but Junior is definitely ready for tonight.”

“Put Junior away or he’ll never get a chance to fully mature. I’m already running late.”

“But I almost spilled coffee on my white dress.”

“Alex, I’m sure everything will be fine, and you’ll be the most gorgeous bride in the world no matter what you wear. Even a coffee-stained dress.” I paced to the window to look at the bright sun rising on the East side of Seattle. Birds were chirping, a gentle breeze ruffled the leaves in the park across from the hotel, and the world appeared to be full of life. A spring wedding was the best idea we’d had.

“Thank you. I needed that. I love you, Jackson Knight.”

Someone knocked on my front door just then, and I forced my zipper over my hard-on. It couldn’t be my brother, who was also my best man, because he was supposed to be here in fifteen minutes, and unlike our punctual friend Lou, he was always late. For a guy whose livelihood depended on good timing, he was definitely in the wrong business. The stockbroker and I invested in a few tech companies and stuffed them into a time capsule to be opened in fifteen years. I’d decided to make my capsule into a wedding gift for Alex, and it was waiting for her at the house.

“No, maybe it’s your other fiancée,” she said in a teasing voice.

“Would you mind if she helped me get off?”

“Not at all. Not if you want to keep your balls intact for our wedding night.”

“What I want right now is you. Only you, baby.”

I could sense her smiling on the other end and opened the door. My remaining wood died the moment I lay my eyes on a man in a black mask.

“Shit!” I pushed the door closed, but it was already too late. He shoved his shoulder against it, forcing me to the floor. I dropped my phone on the carpet, and with my back turned to him, I slid it underneath the couch.

“Put your hands up!” he screamed.

I wanted to tell them that I didn’t have any valuables, but the asshole struck me in my face and I fell to my knees. When I tried to get up, I felt his foot push me down, right in the middle of my back. He was pointing the gun at my head.

“Jackson! Jackson!” Feeling helpless, Alex’s fearful screams on the phone squeezed my heart, and all I wanted to do was to wrap her in my arms and tell her that everything would be okay. I wanted to tell her not to worry, but when a second guy with a black bag came in, even I lost a little faith.

“Shut the fuck up!” He hit me on the side of my head, removed some masking tape from his pocket, and slapped it over my mouth.

I wanted to scream for her not to. I wanted to tell her to stay where she was, but all I could get out were some muffled sounds.

The ordeal was over in less than thirty seconds. Another blow to my head, and I lost consciousness.

Only You is available at: