Book 2 in the Forbidden Saga 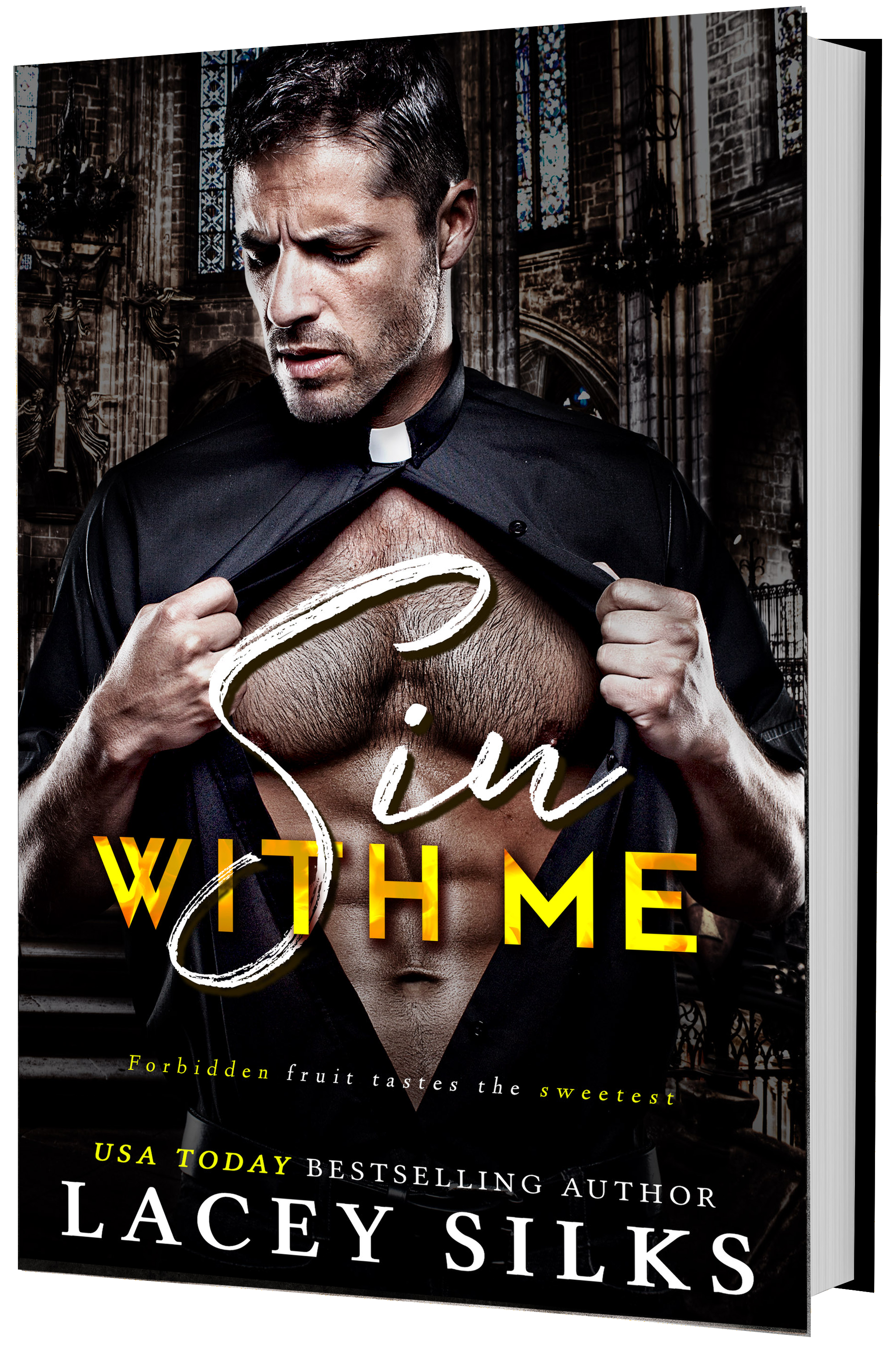 He’s a priest. I’m his secretary.
Can forbidden love transcend a broken past?

I crossed the wrong people to save my mother’s life, and they’re determined I pay for my sins.

In disguise, I seek the answers to clear my name in a small town of Pace. A town which hides more secrets than I’m ready to uncover. To add to my headache, a young and hot priest joins the parish.

He flips my world upside down. I fantasize about him in ways no woman should.

Wanting him is a constant.

Needing him intoxicates me.

Resisting him is impossible.

The temptation will turn into sin. We both know it.

After all, forbidden fruit tastes the sweetest, unless it’s poisoned.

Fall in love with Kate and Cameron as the couple fights temptation and resists forbidden love, in this romantic suspense, Sin With Me.

Note: Intended for mature audience only. While Sin With Me is Book 2 in the Forbidden Saga, the book can be read as a stand-alone novel.

Note: This forbidden love story will test your limits and is intended for mature audience only. While Sin With Me can be read as a stand-alone novel, the author recommends to read it after reading Run With Me.

★★★★★ "5 SINFUL STARS!!! Strap in and get read for a ride on the hot taboo sexy train. This story is juicy with sexiness, taboo, hot and full of suspense, I could not put it down. Father Cameron is so freaking tempting and Kate finds herself lusting after him, they are both looking for something in their lives. This is one of the best books I have read this year. Lacey Silks grabs the readers and keeps you flipping pages and never wanting the story to end.” ~ Rhonda, Reviewer

Books in the Forbidden Saga 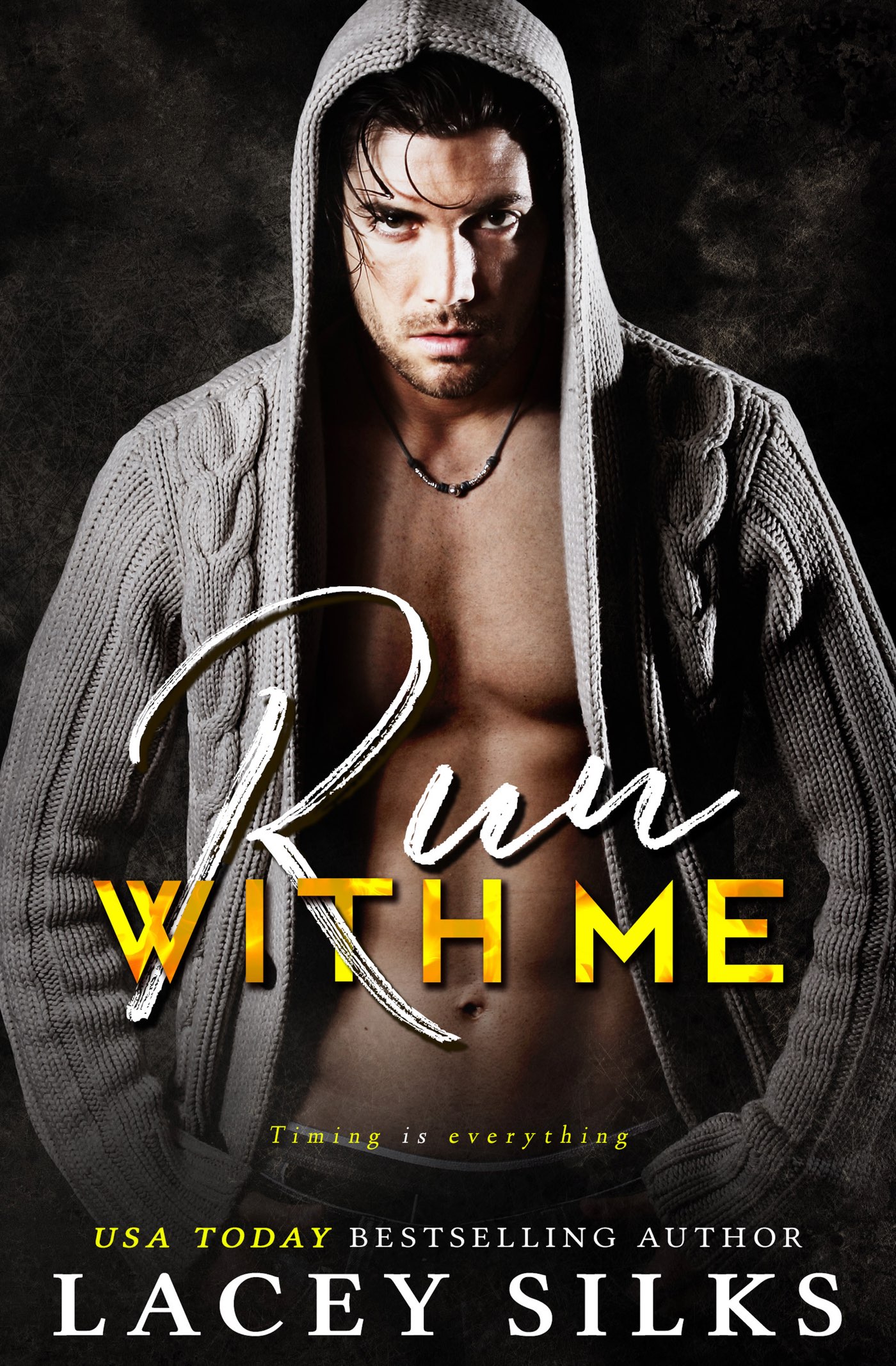 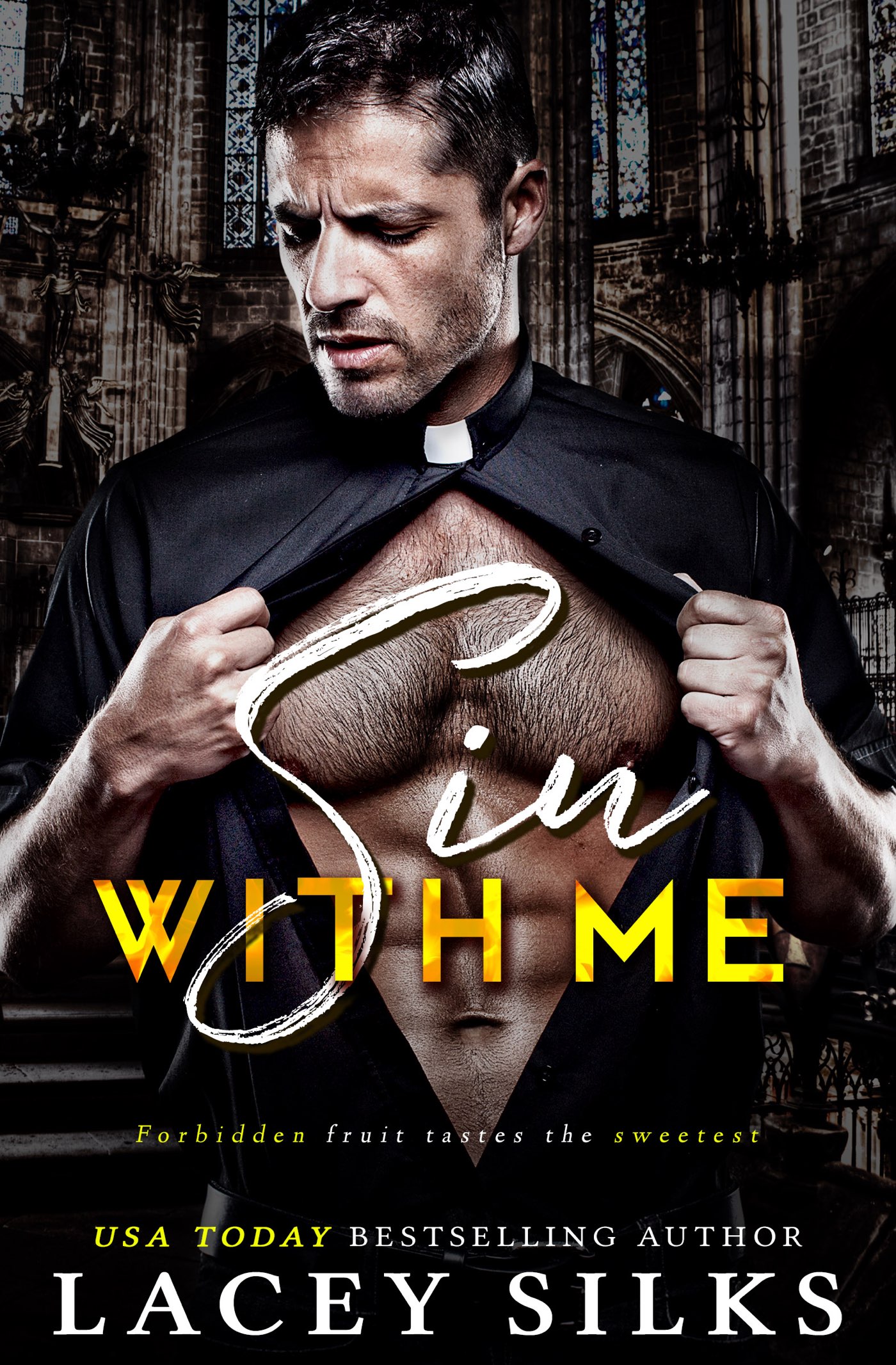 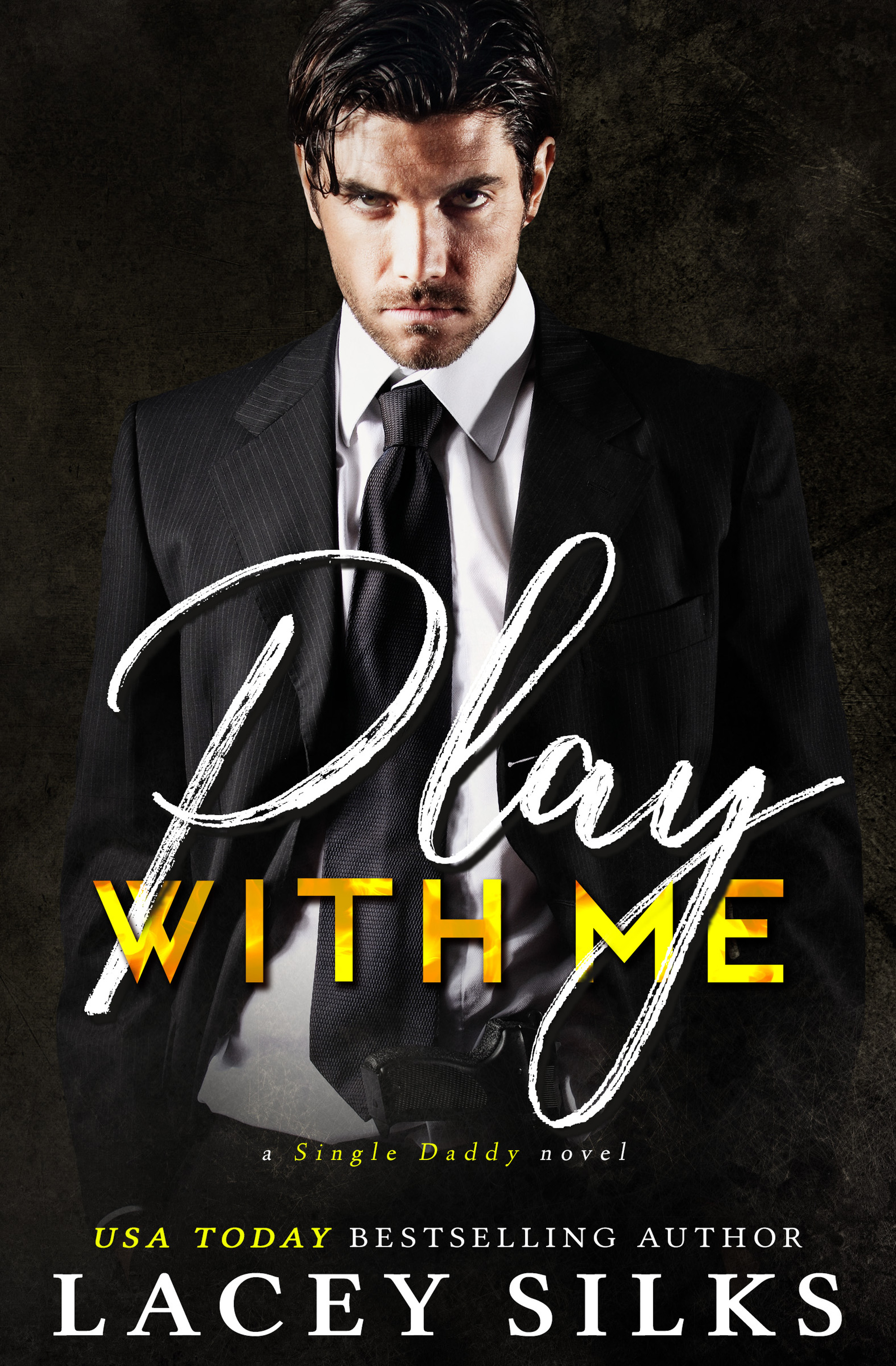 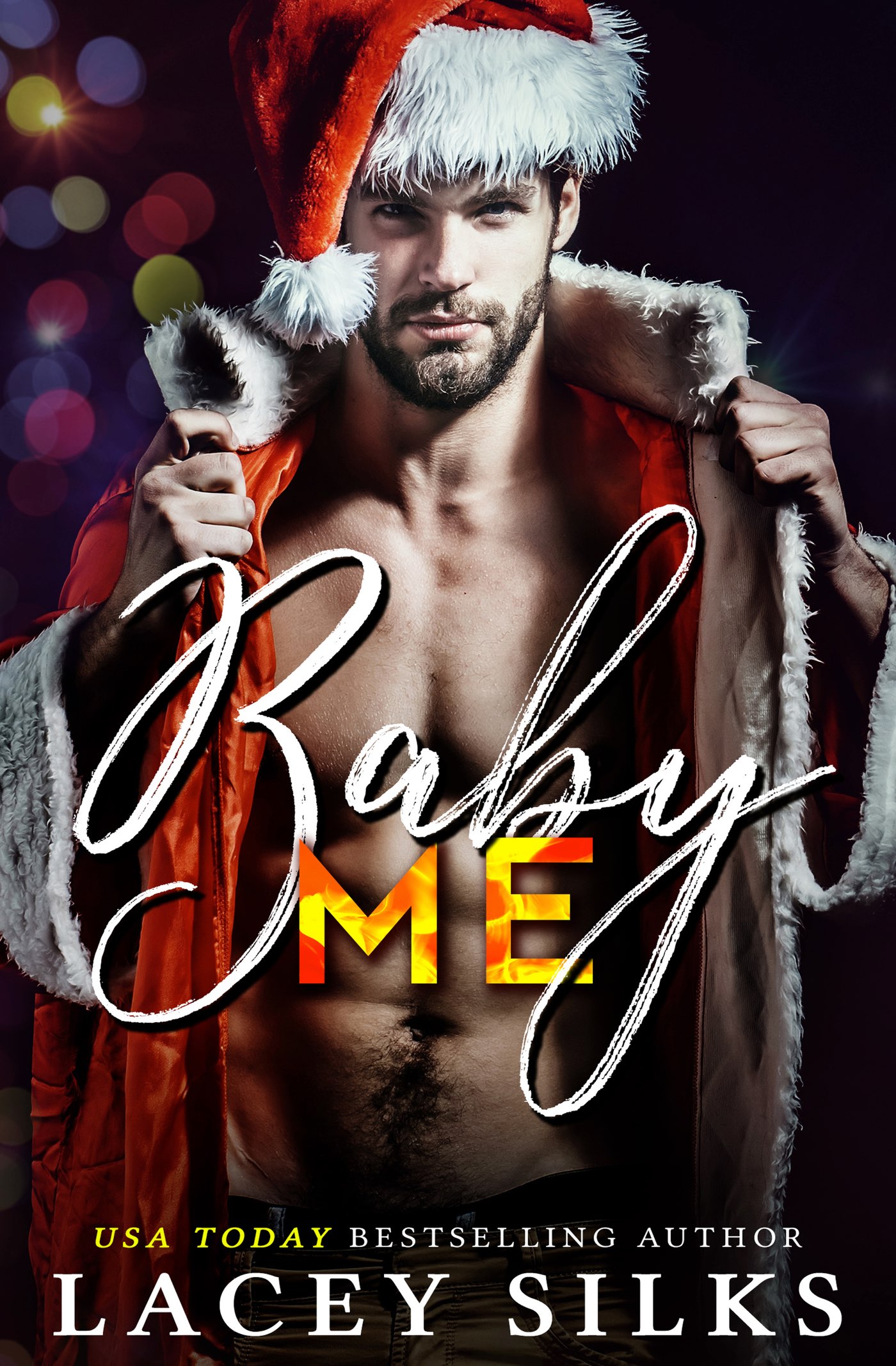 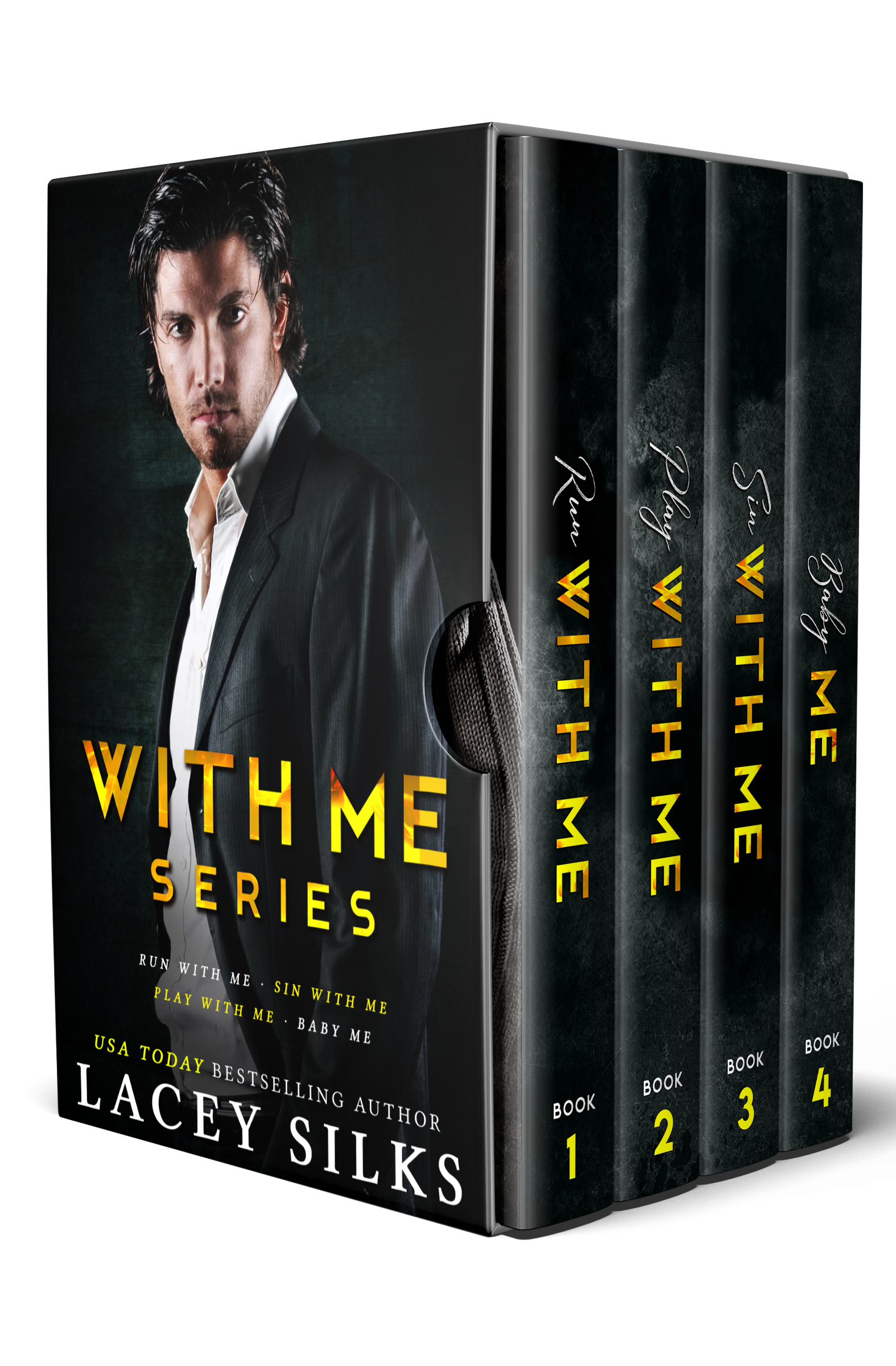 Sin With Me sneak peek:

“Bless me, Father, for I have sinned. It has been two hours since my last confession.”

Waiting to hear these words each time she stepped into the confessional was like testing a man’s patience in the last seconds of an orgasm. Her smell infiltrated the space as soon as she entered, and my blood flow took its usual path south, down to my groin. I lowered my head in defeat. The next three to four minutes would be torturous.

“These are my sins…”

My attempts to block out her captivating voice failed, just like they did each time she spoke. Listening to her sins wasn’t fair to her or her faith, but a man like me had no choice. A man like me was forced to sacrifice his own needs. I wouldn’t betray her trust. I would keep her sins inside of me, as my own, and hope that one day I’d be forgiven for doing so. As I sat in the dark confessional, the nagging pain in my chest didn’t matter, and neither did the nuisance of a hard dick. Maybe if I stashed my desires for this woman deeper… would that help? I doubted it.

“I had lustful thoughts about someone I shouldn’t have, Father.” The words hit my ears like a two-ton wrecking ball, drawing my attention back to the woman on the other side of the latticed opening. Alarm bells went off in my head, and I couldn’t shut her confession out any longer.

“I want to stop these thoughts, but I can’t. I… I think I love him,” she continued.

My ears perked up with jealousy. Who was the lucky man on the receiving end of Kate’s infatuation? Pace was a small town, and rumors of a new romance should have reached me within hours. Could he be the answer I’d been looking for, to stop my longing for her? As I heard a tremble in her voice, which my ears had translated into a soft moan, I pictured them together. The image of her bent over in front of him, with her ass high up in the air, turned my dick from hard to pure steel. Now the idea of walking out of the church to find him and strangle him grew sweeter.

“How long has this been going on?” This was not a standard question by any means. It wasn’t what I’d been trained to say, but at this point, I couldn’t help it. Especially not after what had happened between us. I needed to know more.

“Six months, Father. I’ve been hiding my feelings for this man for six months.”

At the declaration of her time frame, something stirred within me. I reached between my legs and adjusted my crotch. I’d been wrong when I thought that I couldn’t get any harder. The tightness beneath my zipper intensified at my touch, and I almost cursed under my breath. At this moment, I doubted that any sins I committed would ever be forgiven. Just my thoughts alone would buy me a one-way express ticket straight to Hell, right down a slide called I fucked a woman.

“And he doesn’t reciprocate them?” I asked.

“He can’t, and he never will. He loves someone else.”

Thank God! I saved the sigh of relief for when we were finished.

“So this man is married?” A sudden need to meet him and assess him to see whether he was even worthy of this woman grew in my chest. I wanted to run out of that confessional, take her in my arms, and spin her around, grateful that he couldn’t love her back—at least not the way she deserved to be loved. My eagerness to hold her as she cried on my shoulder grew. Then just as quickly, the realization that she wasn’t making sense, had set in. I would have known if there was another man. The only notable man in Kate’s life was…

“Yes, he is, Father. He’s married to the church. He serves God.”

I took in a sharp inhale, somewhat expecting her next words.

Sin With Me is available at: