Prequel to the Crossed Series 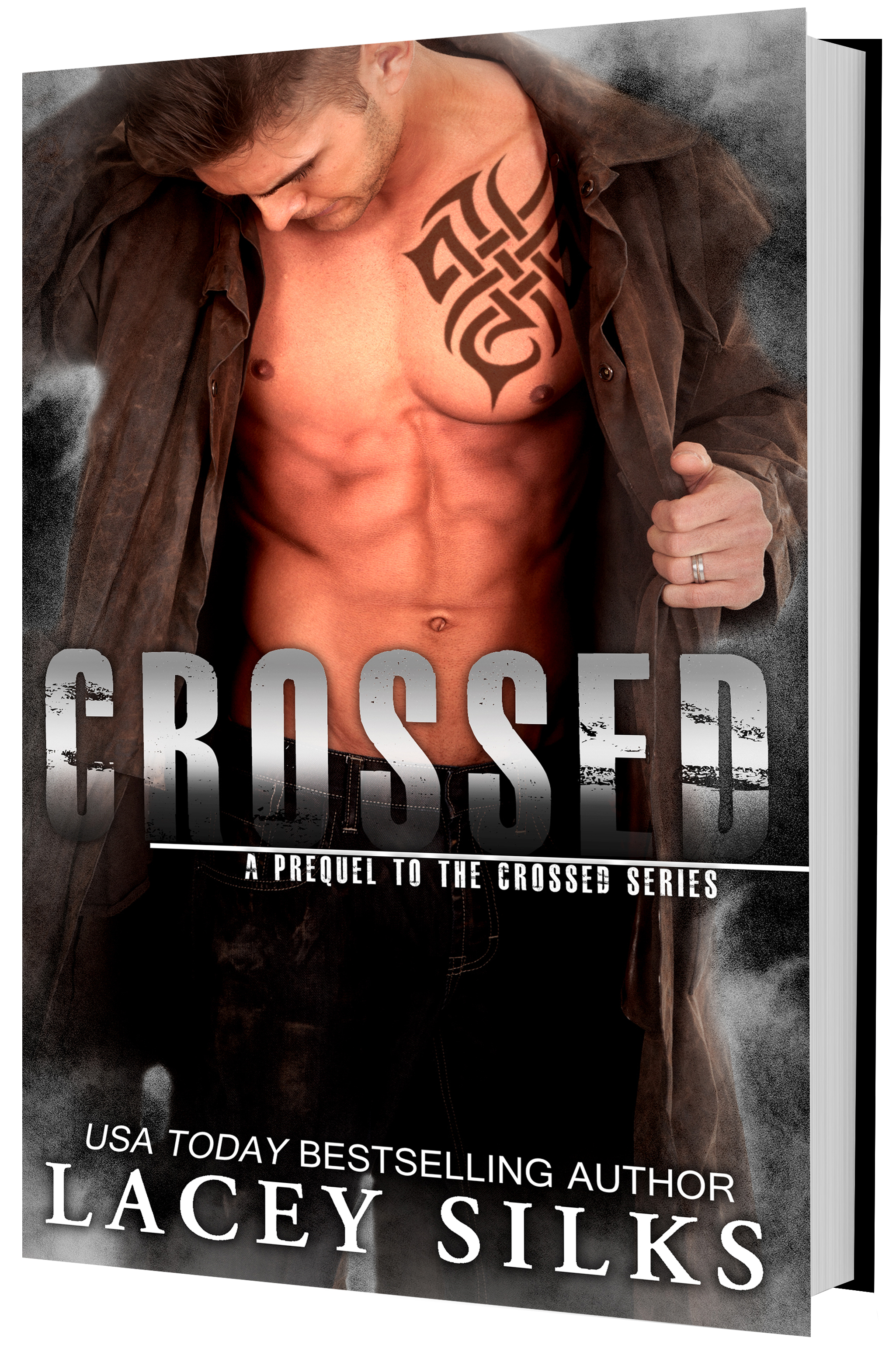 He’s trying to forget his.

And the one connection they share threatens to tear them apart.

Healing from a loss, Grace Brooks wants nothing more than to move on. Dating has proven tiresome and worthless, so she’s decided to put her efforts into her work at the salon she owns.

In search for evidence against a crime family, Hunter Reeve stumbles upon a woman who may be the key to solving the case. Except she’s unaware of the lurking danger. His growing attraction to the spunky hairdresser complicates the relationship further.

As enemies weasel into Grace’s life, Hunter is forced to make a choice between his work and Grace. And the wrong choice could have consequences neither one is ready for.

Books in the Crossed Series 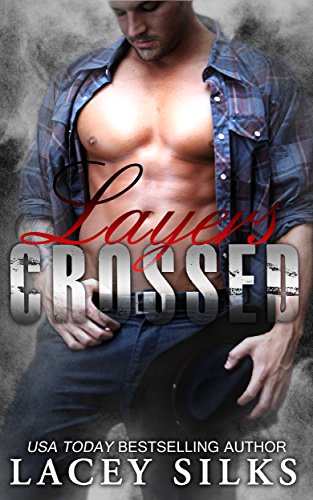 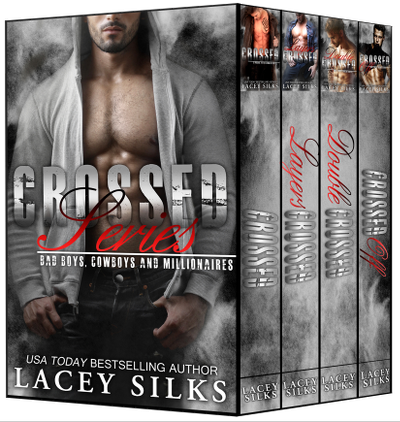 I’d pictured a goddess, she’d have looked like Grace Brooks, Emma’s friend, the woman I’d become obsessed with because, whether she knew it or not, her life was in my hands.

When I asked Emma Cross, my boss and co-worker, to bring her friend to the coffee shop, I didn’t exactly expect to come out with a hard-on for this woman. She was absolutely breathtaking. A funky yet provocative hairstyle with what I thought was a hint of a purple streak, a row of studs in the cartilage of her left ear, and the freely scattered freckles gave her the most unique look I’d ever seen. I wondered whether the rest of her body was peppered as well, and if it was, I wanted to count each and every single beauty mark on her. As I devoured the petite body I could easily lift and the tits perfectly sized to fit into my hands, I couldn’t help but get hard. I’d been staring at her from the corner booth for over an hour, memorizing every feature, reading her lips from a distance, imagining how snugly I’d fit inside her. Shit! This could get too complicated. Now, sitting in the conference room at Cross Enterprises, the private investigations firm I worked for, I’d been begging my friend for what seemed like hours.

“You have to introduce me, Em. This is the girl.”

“And say what? Hi Grace, this is the guy who’s about to destroy your family? Hunter, you said you wanted to see Grace to verify whether she was their sister. That was it.”

“What is that supposed to mean?”

Shit! Emma had that don’t fucking mess with me look. How could I have missed meeting Grace Brooks, Emma’s best friend? That’s right, I’d been elbows deep in this case and no one else and nothing else mattered. I’d been stacking up evidence to take down the Wagners for years. And now that the youngest brother had for some reason decided to fly solo, it was the perfect time to hit ’em. I almost had enough ammunition to send all of them to jail. Almost, but not quite. And here, after I’d asked Emma whether she knew this girl whose name mysteriously appeared in the stack of papers for my case, my plans just blew up in flames. Grace Brooks, the only Wagner daughter with her mother’s last name, happened to be Emma’s beautiful best friend. A best friend who for years had been estranged from a powerful family that no one had the balls to fuck with. Maybe there was a chance to get to know her after all. There had to be a reason why she didn’t keep in touch with them—maybe I could get that reason from her? What if she knew more than she let on? And if she didn’t... I could only pray she was as innocent as she looked.

We got this case from the cops themselves. They had no resources or manpower to go after the Wagner family and preferred to pay Cross Enterprises, to put one of the most powerful families in Manhattan behind bars. And the best part was that whether we got them to jail or not, so long as we did a thorough investigation, we’d get paid. So far, from my research, they ran on a clean streak—which only meant they were as crooked as the Congress. All of them except Scar, the youngest of the four brothers—the one who was the key to my paycheck and who without knowing had been giving me more intel the past few months than anyone.

“Yeah, I guess you’re right.” I pulled my fingers through my hair. “What if we don’t tell her what I do?”

“I’m not lying to Grace.” Emma crossed her arms over her chest and began tapping her foot. I swear, this girl was acting way mature for her age. At twenty-two, she had more smarts and strength than any woman I’d ever met. When I was her age… Nope, I wasn’t going to pull that crap. I was her age only three years ago.

“What if her safety is jeopardized?” I asked. There had to be something I could say to get Emma to introduce us.

“You know how her family operates. One day they’ll make enough enemies who will realize they can go after Grace to cash in. I can step in to keep her safe.”

“I don’t know, Hunter. This doesn’t sound right. Grace has been practically estranged from her family for a decade. It’s what’s kept her safe so far. Don’t you think you could be opening doors that should be locked up?”

“Emma, I can guarantee you they’re using your friend. If you don’t believe me, look at the files. They’re messing with her and she doesn’t even know it.”

Emma flipped through the few pages I had with me. She was definitely thinking about what I’d said. I could tell she was considering introducing me to her friend. My gaze inadvertently slid over Emma’s long legs right up to the hem of her pencil skirt. Damn, that girl had it going and didn’t even know it. The only reason I’d never made a move was because she was my boss and her brothers, whom I worked for as well, would kill me. After a while I got used to her pear ass prancing around the office and we became friends. No benefits. No fucking way would I risk my life, or my cock, to date Emma Cross. But one day, she’d make someone very happy.

“Come on, Em. You know I’m a good guy. You told me about the crazy stuff you girls do. With that spirit Grace would be perfect for me. All I want is a chance with her. And I promise to protect her.”

“If you’re calling me desperate, don’t. I can just see something there. Don’t I deserve happiness?”

“You know that crap doesn’t work on me, Hunter.”

She sipped on her coffee and stretched her legs out onto the chair in the conference room. Grace had left the Starbucks over a half hour ago, and I still felt the majority of my blood flow in my crotch. My fucking balls felt like ostrich eggs and I was beginning to feel like a moron, begging Emma for a chance with a girl. It didn’t matter that I’d been balls deep in another woman just this morning. It didn’t matter that I could pick and choose at a club from the herds of women willing to go down on their knees to suck me off in seconds—simply because I didn’t care for any of them, so long as I could empty my sac and relieve the pressure. They were a simple necessity, a means to an end, but they weren’t Grace. I’d never met a girl whom I thought could be the one I’d want to stick with. Not until Grace Brooks, and we hadn’t even spoken a word. And of course I wanted to stick into her as well, what man wouldn’t?

It’d be a sin not to use that body for what it was created to do—and I’d make sure that Grace Brooks realized she was created to have a man please her all day, and all night.

“You hurt her and you’re in trouble.” Emma lowered her feet and stepped up on her toes, meeting me nose to nose. “Not only from me, Hunter, but from Tristan and Julian as well. Grace is like a sister.” Her threat was sound and I wouldn’t dare disappoint Emma Cross.

“I know. I promise. Scout’s honor.” I lifted my hand and cringed at the honorable promise. It always sent forgotten dreadful memories of my time as a young boy to the forefront. My watch beeped. “Shit, I’m late.” I shot off the table, grabbed my duffel bag and shouted before I closed the door, “Three months, Em, and I’m back. I’ll get in touch when I land. You just make sure Grace stays single.”

And I left for Las Vegas on the biggest hunt of my life, looking to find evidence of extortion and tax evasion to put the Wagner family away for good.

Crossed is available at: